Why The #ILookLikeAnEngineer Hashtag Is Important 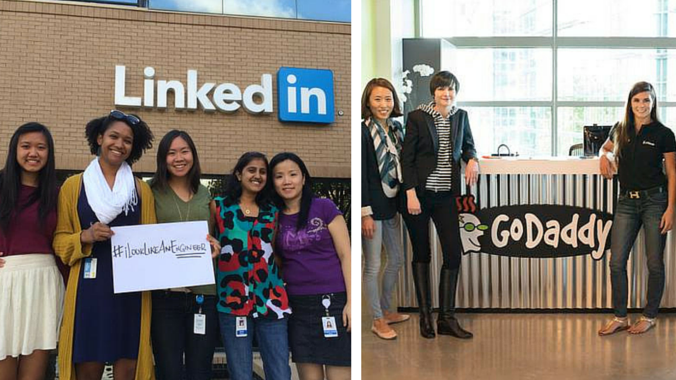 Taking hold of the hashtag #ILookLikeAnEngineer, hundreds of thousands of women have shared photos of the work they do as engineers. This is a really powerful message and something we should all embrace, the debate started with this post on Medium by Isis Wenger.

According to the social analytics website Topsy, the hashtag has been tweeted about 85,000 times over the last seven days. We’ve all seen the power of social media and how groups of people can join together to challenge the norm. With nearly 100,000 women getting together, you can be sure that people are raising their heads and taking note of the campaign.

Nobel laureate Tim Hunt found himself in hot water back in June with his assertion that ‘women are distracting in the lab.’ This immediately brought about a huge swathe of response from women, as shown in this NYTimes article. It’s time that attitudes changed and we moved into the 21st Century, women are making a huge contribution and we should be giving them the respect they deserve.

This disparity between the genders starts in college, in the USA Bachelor’s Degrees awarded by gender break down as; 87.3% male 12.7% female. It’s time we stopped discouraging women from studying subjects such as engineering from a young age, show them great historical female role models; Edith Clarke, Olive Dennis, Elsie Eaves, Kate Gleason & Emily Warren Roebling (to name but a few.)

That space in the middle. It’s reserved for you. #WomenInTech #ILookLikeAnEngineer #GDWIT pic.twitter.com/wQQyhwbRuO — GoDaddy (@GoDaddy) August 4, 2015

I worked as an engineer at @Intel + @Twitter, now I build features for Windows at @Microsoft #ILookLikeAnEngineer pic.twitter.com/ttGUnHseYH

Just a few of the faces of @MITEngineering… Tweet yours with #ILookLikeanEngineer pic.twitter.com/JCLd6Fn2qU — MIT (@MIT) August 4, 2015

#ILookLikeAnEngineer Embeded software for medical systems. 15 years an engineer and loving every minute of life 😃👍 pic.twitter.com/g6Savgrtjm